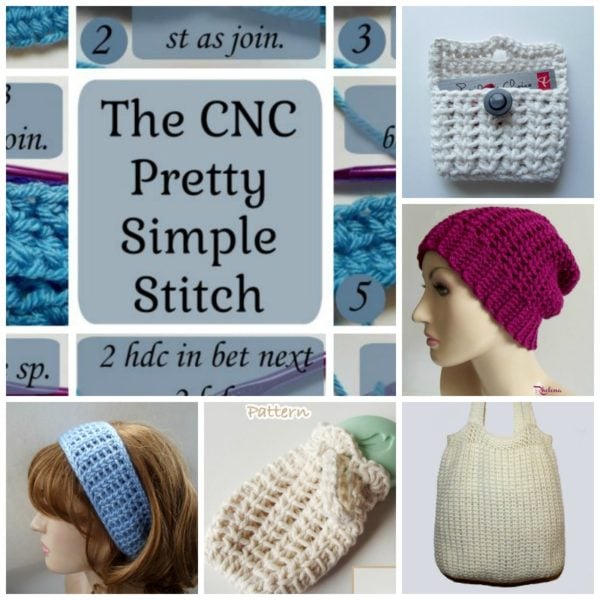 The pretty simple stitch is truly simple and mindless to crochet, yet elegant enough for just about any crocheted project. In all of the patterns published, the stitch is worked in the round. I once tried working it in rows, but the pretty texture and lacy effect just wasn’t there. So in the round it has been thus far, and in the round it will stay!

Patterns in this stitch collection can be found here: The CNC Pretty Simple Pattern Collection. A few patterns in the above photo are not yet published, but they’re coming soon. And I was certain I had published more in this pattern, but I guess they are still on my to-do list. So keep checking back for more.

And although simple, I couldn’t figure out how to word the stitch instructions so it made sense to everyone. Sometimes I’m just terrible with words.. and what makes sense to me, just doesn’t for others. So hopefully the following tutorial will help.

Update: I’ve decided to call the two HDC sts a V-Stitch to make it easier. Thus, the 2 hdc sts (The V-st) are worked into the V-sts to create a lovely design.

Also, in Step 5 below it says to sl st into sp between the first two hdc. You can most certainly do that, but in some patterns I decided to do it the “lazy” way and omit the sl st. Thus, I simply made a ch-1 and worked directly into the first V-st. It’s up to you what you do, as long as you stay consistent. 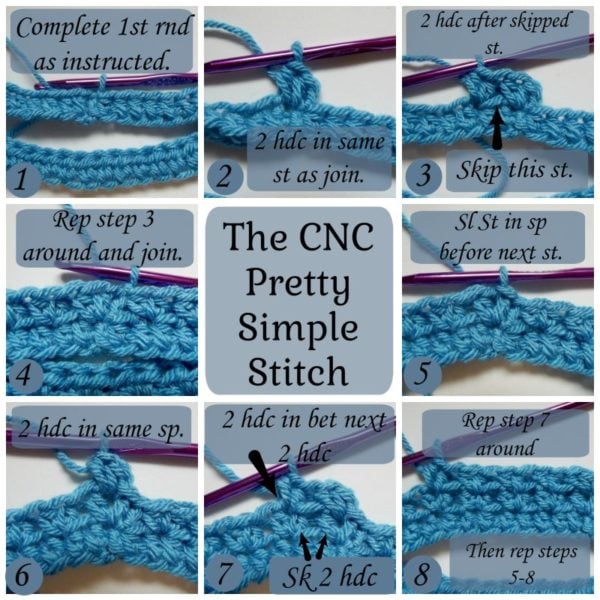 I hope you enjoyed this tutorial. 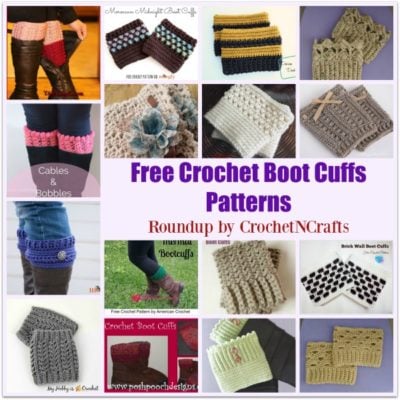 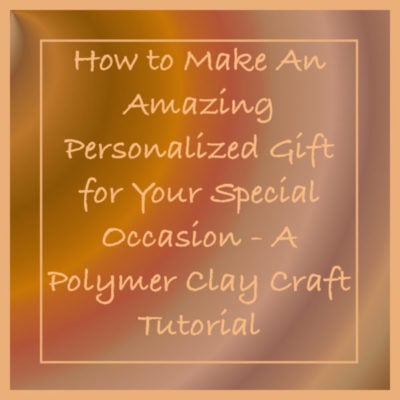 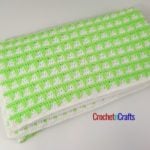 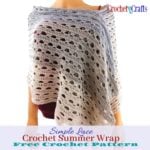 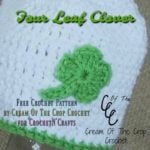 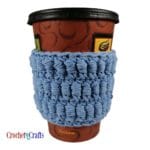 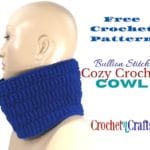