Buttons and crochet compliment each other very well as buttons can be added to any crocheted project – not just for closures, but for embellishments as well.

Although purchased buttons look great, sometimes you might want to add a button that matches the entire crocheted project. And that’s were crocheted buttons come it. They are not only sturdy little buttons for holding things together, but they can also be used to add more style.

This button here is perfect for my mug cozies and kitchen towel holders. But you could also arrange them in a row along the brim of a hat or a bag. Or, arrange three of them into a small triangle on a headband or hat.

I’ll give you the pattern first followed by a photo tutorial.

Materials: Any worsted weight yarn or crochet thread. I find cotton yarn works best if you are in need of a sturdy button.

Note: The buttons may not be perfectly round, but you can shape them and lightly starch them so they hold their shape if you want. Instead of starch, you can also use a mixture of glue and water.

Weave the tail end through the sts of rnd 3. Then bring your other tail through the center hole and secure the two ends with a knot. Now it’s ready to be sewn or tied to your finished crochet project. 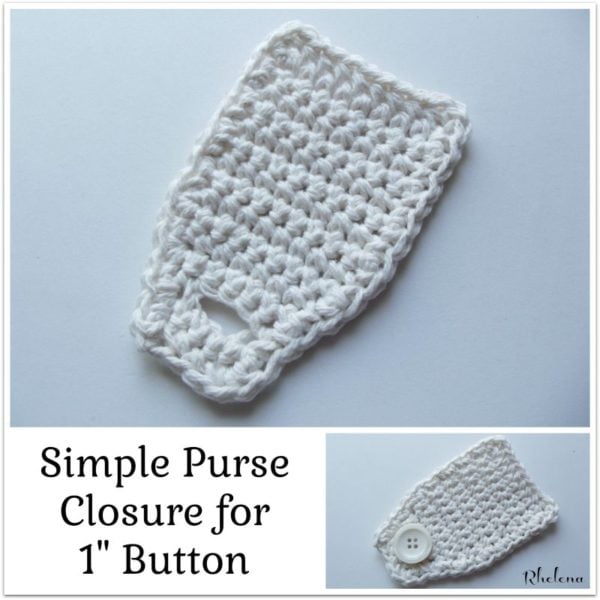