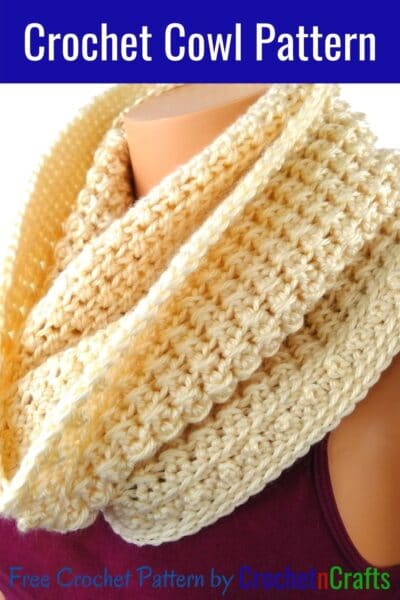 This crochet cowl pattern was originally designed to be a stashbuster. I had a bunch of Caron Simply Soft and needed to get rid of it, and this was the end result. With that said, I like it just as much if worked up in a single color as well.

This pattern provides you with a stitch multiple, so you can easily adjust this to any size that you need from toddler to adult large.

I’ve given the stitch multiple for a cozy double wrap around the neck. For a single wrap you might want to try making this with half the chains as given.

Use any colors or any sequence that you want. But for those interested in making it exactly as this, I’ve given my color sequence below.

Another bonus of this crochet cowl is that it features a beautiful textured stitch pattern, which I find shows up a bit more in a solid color.

I’ve also done up a hat pattern which can be found here: Any Size Hat. 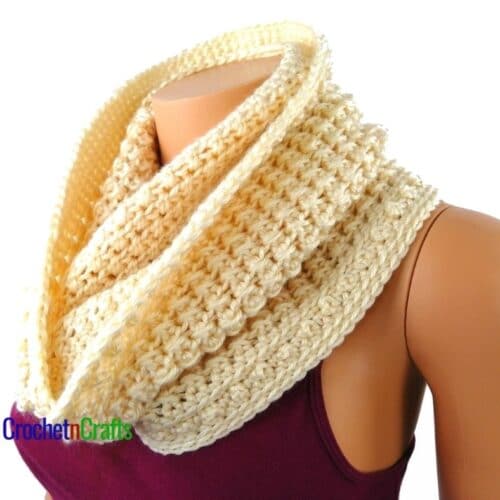 This crochet cowl pattern is adjustable and can be worked up in one or more colors.
No ratings yet
Pin Pattern Share on Facebook