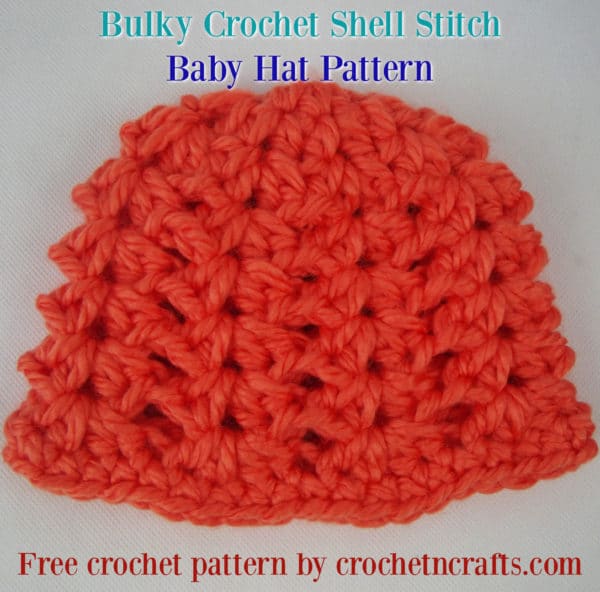 This crochet shell stitch baby hat pattern is given in one size to fit a newborn. It is worked up in a bulky yarn, so it works up quick and easy, and is nice and cozy as well.

The shell stitch used here is also called a double v-stitch. It’s a bit lacy, but still solid enough to provide warmth for the newborns in cool transitional weather. 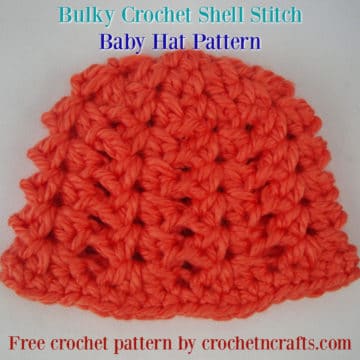 This shell hat pattern is available in one size only. However, for a larger hat you could try substituting double crochet stitches for the half double stitches.
No ratings yet
Pin Pattern Share on Facebook

Add a pom-pom and a cute flower applique for some extra cuteness.