This super simple headband or cowl pattern is crocheted up in half doubles. It has a fair amount of stretch in it making it perfect for a headband. It’s also warm warm enough to wear as an ear warmer in the cold winter weather.

Furthermore, because the pattern is so easy to adjust in size, you could just as easy crochet up a cowl for any season.

Click for a photo tutorial on the stitch pattern.

Finished Size: 9.25″ across when laying flat. However it is easy to increase or decrease to any size.

Note: When you work 2 hdc’s into the same stitch or space, think of these as a set, or a mini shell. Then when you crochet your next round and the pattern says “2 hdc in sp before next hdc”, work these in between the previous set of hdc’s. Below are two images that might help. 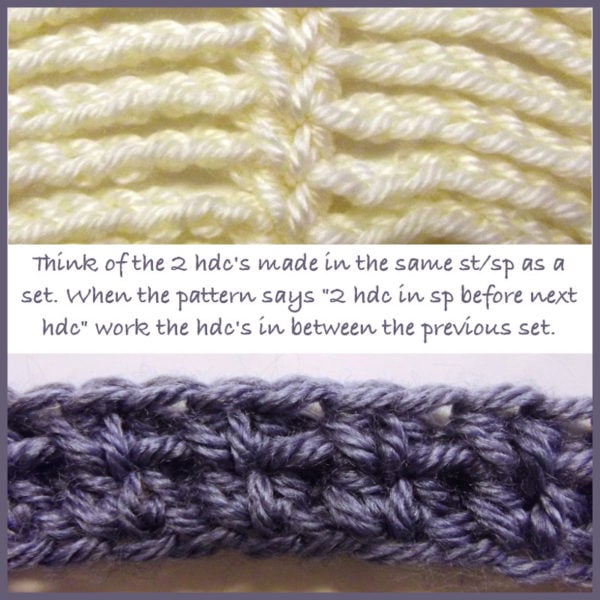 Ch 70 (or any multiple of 2), join with sl st in first ch to form ring being careful not to twist chs.

You might also enjoy the popcorn headband, the wide crochet headband or this easy breezy headband.